There has been much talk in the media surrounding the startling number of points possessed by certain drivers, that are still permitted to drive. http://www.bbc.co.uk/news/uk-politics-23967547 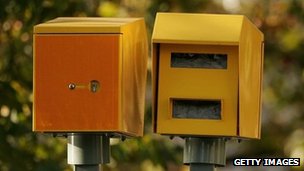 One view is of course, that once an individual reaches 12 points, they should be disqualified. Anything other than that outcome would render the legislation ineffective. Nonetheless, the law currently provides a safeguard, allowing motorists to argue ‘exceptional hardship’.

Exceptional hardship is hardship above and beyond what is normally suffered. Clearly it is the intention of court proceedings to cause some hardship, this serves to punish and potentially deter future offending. There is no specific definition or exhaustive list of situations that may be considered exceptional, so each case must be judged on its own merits.

It is a common misconception that loss of employment alone would constitute exceptional hardship. The Court will rarely consider this alone to be sufficient, it would be necessary to show the further consequences of losing this employment. Should the consequences merely be a reduction in wage for a period or the requirement to live off savings, the court would likely disqualify. However, if the consequence would mean mortgage payments could not be met and the motorist and potentially their family, could become homeless, this would be exceptional. It must be remembered that it is not Parliament's intention to place people out of employment and potentially their home. It is arguably to be given greater consideration where the hardship to be suffered is by a person other than the motorist. If family members, who are wholly innocent, could be left without a home their hardship is likely to be exceptional and rightly so.

Any such arguments can only be used once in a 3 year period, so should a motorist receive further points, whilst still over 12, they would be disqualified unless they had a separate exceptional hardship argument. It is through this statutory safeguard that motorist may drive at a point beyond 12 penalty points. How then, does a person find themselves with 42 points as has been recently reported?

Provided all matters are sentences at the same time, the number itself becomes secondary to the hardship that may be suffered. There is not a set number of points to be attained that would ever prevent a motorist availing themselves of their exceptional hardship argument. It is entirely possible that an individual could commit multiple offences before becoming aware of any and on that basis find themselves in excess of 12 points overnight.

For anybody finding themselves in this position, it is important to ensure that they are properly advised. The order in which points are endorsed becomes very important, as does providing sufficient detail to the Court of the full nature of the hardship to be suffered in order to ensure it is deemed exceptional. If you find yourself if difficulty, please contact our specialist driving offence team on 0161 827 9555 for advice.

Burton Copeland once again shortlisted for the Manchester Legal Awards 2020
Burton Copeland collect for Christmas for local foodbank
Calling all Social Workers in England: did you know that your regulator is changing?

The annual @MLAwards are coming on Thursday 5th March, and we’re proud to announce that we’ve been shortlisted for… https://t.co/VWGbNcLviT

If you get arrested and interviewed as a suspect under caution, you’ll likely be ‘Released Under Investigation’ (RU… https://t.co/6uelbQkaia

When suspected of a crime, the police may ask to see your mobile phone. If this happens, not knowing your rights co… https://t.co/LncP0nPA20