One of the most frequently occurring crimes in today’s society is burglary; whether that is the burglary of a house, a shed or commercial premises. Whilst Manchester in general is perceived to be a hotspot for burglary, you may be surprised to learn that only one Manchester district found its way into the 2016 Top 20 crime hotspots in the country for burglary; this was Chorlton (M21). This is a clear indicator that burglary is a nationwide issue.

What is the legal definition of burglary?

Section 9 of Theft Act 1968 specifies that a person is guilty of a burglary if they enter any building (or part of a building) as a trespasser and:

2. Inflicts (or intends to inflict) an offence of grievous bodily harm; or 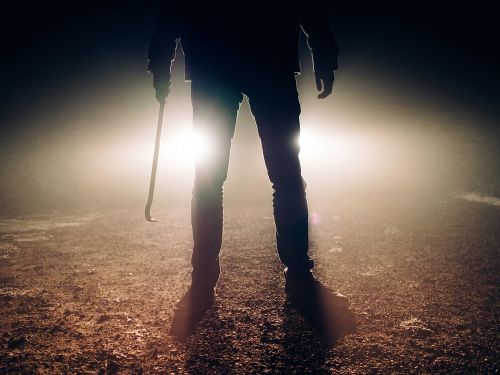 Does an intention to commit rape render a person guilty of burglary?

The short answer is no, but the person would be guilty of other serious offences offence. In order to explain fully, lets look at the history of the law.

For a third of a century it was also an offence of burglary to enter a building as a trespasser with the intent of “raping any woman”. By 1994 it was clearly thought that phrase to be politically incorrect and those words were replaced with “raping any person” by the implementation of the Criminal Justice & Public Order Act 1994. However, by 2003 the law changed again when the new Sexual Offences Act came into force and removed those words from the Theft Act. Instead, S63 of the Sexual Offences Act created a replacement offence of Trespass with intent to commit a sexual offence The new act had to main consequences of the new offences. Firstly the maximum sentence was reduced from 14 to 10 years. But it now also netted those individuals who claimed that they had intended to sexually assault , but not rape. It must be remembered that if an individual does enter premises as a trespasser and actually comitts rape, he or she is likely to also face a change of rape which carries a maximum sentence of life imprisonment.

Depending on the circumstances of each individual case, offences of domestic burglary are ordinarily treated much more severely by the Courts than those offences involving non-domestic burglaries. This is also reflected in the Sentencing Council Definitive Guideline for burglary offences.

What sentences can you receive for burglary?

Due to the serious nature of most burglary offences, the Magistrates Court tend to rule that their powers are insufficient to deal with these matters. As such, burglary offences are regularly dealt with by the Crown Court, which has the full range of sentencing options at their disposal which includes a maximum sentence of 14 years imprisonment for domestic burglaries and 10 years imprisonment for non-domestic.

What’s the difference between burglary and aggravated burglary?

Burglaries can become much more serious depending on the circumstances of the incident. Such an offence is aptly titled an aggravated burglary. An aggravated burglary is defined by S10 Theft Act 1968 and is when the above offence is committed with the additional element of having a firearm or a “weapon of offence” at the time of committing the burglary, which means any article made or adapted for use for causing injury to or incapacitating a person, or intended by the person having it with him for such use. An aggravated burglary can only be tried on indictment (in the Crown Court) and the maximum sentence is life imprisonment.

There are measures in place that seek to deter offenders from committing burglary offences, such as the “third strike” provision. Provided an offender is over 18 years old at the time of committing their third domestic burglary offence then the Court has to impose a mandatory minimum sentence of three years imprisonment.

It was felt in recent years that burglary offences were being treated too leniently. Since the introduction of the aforementioned revised guidelines in 2012, the overall level of sentencing for burglary, in terms of prison and length of sentence, has increased. This was recently debated in Parliament due to the startling figures that revealed only 10% of first-time burglars received immediate custodial sentences, which brought into question the deterrent effect of the previous sentences being imposed. It is expected that the Courts will continue to impose tough sentences in order to create a deterrent effect from re-offending and drive down those astonishing burglary statistics.

Based in Manchester, Burton Copeland’s team of specialist criminal lawyers are experts in all types of allegations under the Theft or Sexual Offences Act, if you need advice don’t hesitate to contact us here or simply give us a call on 0161 827 9500