Our Charlotte Ellis responds to claims by the Daily Mail and answers the question; “is there an easy route to GMC registration?” 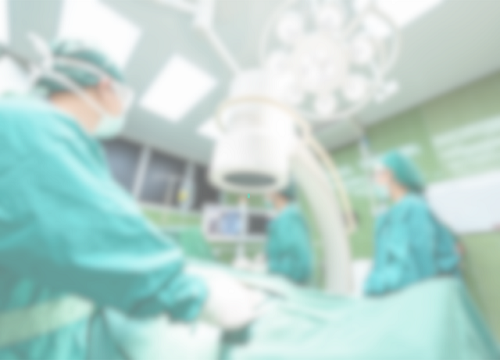 Recently the Daily Mail reported that GP’s from Europe are 2.5 times more likely to be struck off or suspended than those from the UK, according to new figures recently released. Whilst factually this may be correct, the newspaper went on to suggest that this was because doctors who qualified in European countries who want to work in the United Kingdom are able to come to the UK and will then automatically be registered with the GMC who are not allowed to carry out sufficient checks on these doctors because this would restrict the freedom of movement legislation which benefits Europeans who want to work in a different European country.

The article states that legislation imposed by Brussels, the European ‘capital’ is prohibited from testing the medical knowledge or English-speaking abilities of those European doctors seeking to work in the UK which means that automatic registration is granted and that this has led to the statistics showing that these doctors are 2.5 times more likely to be being struck off the register or suspended than doctors who qualified in the UK.

Firstly, let’s deal with those doctors who qualified in countries outside of Europe who are seeking registration with the GMC.

The main route for International Medical Graduates seeking registration with the GMC is to sit the IELTS exam which is a test of their English skills and then to sit the two-part Professional Linguistics Assessments Board ( PLAB) examination which is a theoretical and practical test of the doctor’s medical knowledge and skills.

A doctor can take the PLAB test unlimited times although failing this exam on multiple occasions before obtaining a pass may jeopardise that doctor’s chance of succeeding to register with the GMC. In September 2017, the rules are changing so that doctors taking the PLAB tests will only be able to take each part a maximum of four times before they are barred from taking it again.

Once these exams have been passed, the doctor will usually apply for registration with the GMC. They will then have to prove that they have the requisite medical degree, that an internship has been carried out in the country where they qualified, that they have certificates of good standing and other such evidence (often having to be translated at great cost to the doctor).

But it does not stop there. If there has been a gap in the time between the doctor obtaining his/her medical qualification and applying for registration with the GMC, which is usually the case as the doctor will have spent time taking the International English language Testing System (IELTS) test and the PLAB examinations, then the GMC must be satisfied that he/she has not de-skilled and will therefore require evidence of courses attended, unpaid clinical attachments, reflective logs and other such evidence. Without all of the evidence the GMC require, the doctor will not be registered with the GMC.

The problem with this is that international medical graduates may not know what evidence they will need until their registration with the GMC has been refused and the reasons for the decision has been provided to them. With the rules changing in September 2017 in relation to the number of attempts allowed to pass the PLAB tests, registration for international medical graduates will only become harder.

There are also routes to registration with the GMC for international medical graduates if:

However, the rules relating to 1 – 3 above are complex and require the applicant to obtain specialist legal advice which our GMC team can provide.

The article is correct when it states that European qualified doctors do not have to undertake the English language test or tests relating to medical knowledge in order to register with the GMC. However, it is not correct to state that European qualified doctors can register with the GMC automatically. In fact, the GMC’s own website states as follows:

“Having an EC Right does not entitle applicants to registration. Applicants need to satisfy normal registration procedure.”

So what does this mean? It means that since 2 June 2014 European qualified doctors must provide the GMC with evidence of their primary medical qualification and, if appropriate, their licence to practise.

Then, the European qualified doctors must provide evidence to the GMC as required and what evidence is necessary will depend upon which type of registration the doctor is applying for and which country they qualified in.

The evidential requirements differ depending on which country the doctor qualified in, but European qualified doctors do not automatically have the right to register with the GMC and to practise medicine in the UK.

As the rules vary according to which country the doctor is registered in, it is clear that the advice to be given to each of this doctors in terms of what evidence they should supply to the GMC when applying for registration differs.

Charlotte is a specialist regulatory lawyer with a caseload of regulated professional clients and acts for indemnified doctors and other healthcare professionals. She has extensive expertise in acting for professionals in relation to regulatory fitness to practise matters, disciplinary investigations increasingly issues regarding the registration of doctors with the GMC and appeals against registration refusals. To read more about see her profile here.