The Government are currently proposing the Road Traffic Act 1988 (Alcohol Limits) (Amendment) Bill . If the second reading in the House of Lords goes through it and it becomes law, it will reduce the breath limit from 35 micrograms down to 14 micrograms of alcohol per 100 millilitres of breath. In practical terms, that would mean a reduction of 60% to less than half of the existing limit.

What is the drink drive limit in Europe?

Most of Europe have adopted a limit of 22 mg, in line with the European Commission recommendation in 2001. But sentencing options are not  the same in these jurisdictions and it remains unclear whether the reduced drink drive limit shall be subject to the same disqualification periods.

Is the drink driving limit 2 pints?

Historically, it was suggested that the current limit would equate to approximately two pints of lager for an average sized person. Whilst this was never an accurate way to measure drinks, many used it as their rule of thumb. A reduced limit would mean that half a pint may be the maximum to be consumed.

Why are the changes planned?

The Government’s introduction of such a low limit is becoming close to a zero-tolerance approach to drink driving. The question that must follow, is this a good thing?

The public may, on first glance, see the clamping down on drink driving as a good thing. But the intended targets or ‘usual suspects’ are unlikely to be the only ones caught by this change. Arguably, the current drink drive limits do properly criminalise these offenders. Current  limits criminalise at an amount where it can usually be said that the alcohol consumption could actually impact the motorist’s ability to drive. It is not clear that a breath reading of 14 mg would have any impact on driving whatsoever. More importantly though, will there be an increase to road safety or just the income arising out of fines?

Until 2014, the limit in Scotland was 35mg. Following the reduction to 22mg, research was conducted that showed no decrease in alcohol related traffic accidents. The Study; ‘None for the Road? Stricter Drink Driving Laws and Road Accidents suggests that better police enforcement and the availability of public transport would have the greater impact. These changes though will be unlikely to create the same level of adulation for the Government.

Dealing with these types of cases, it is an all too familiar story to find people being stopped for drink driving based upon the alcohol consumed the night before rather than on the day. Whilst a person may have awoken after a night of drinking, feeling sober and okay to drive, they could still be over the limit and subsequently convicted. Whilst this clearly may be unintentional, it remains an unarguable position because a driver over the 35 mg limit, would still likely be impaired by the alcohol. This would surely not be the case with a significantly reduced limit and so a number of usually law-abiding motorists, could find themselves convicted and disqualified by the courts, when they presented no risk on the roads and did not know they were over the limit.

Motorists could also find themselves before the Courts for consuming liquids such as cough medicine and mouthwash, as the alcohol contained therein could more readily push them over a 14mg limit.

It would be our view that the Government should be increasingly wary of reducing the limit and if they do so, ought really to consider the appropriateness of the current sentencing guidelines. For example, questioning whether a 12-month minimum disqualification could be justified for a breath reading of 14mg. There is already a difference in sentencing between drink driving and being drunk in charge of a vehicle. The difference in offending relates to whether the vehicle is in motion, as driving creates a greater risk. A lower limit must provide a lower risk, so the same sentence presumably cannot be justified.

Previous changes to the law should also be considered and reversed. This includes the requirement to offer a blood sample as an alternative to breath. The ‘statutory option’ was removed as it was felt that the breathalyser machines had become sufficiently accurate. But this ignores a primary reason for using blood. The alcohol limit is more appropriately considered in blood. Then a generic conversion rate is applied to calculate a breath level. The actual conversion rate is not the same for all people. This means a driver could be under the limit according to their physiology. But they are over the limit, according to a formula devised to fit the general public. The lower the limit, the more critical it becomes to ensure the testing is precise and specific to the actual driver.

Changes to the law like those proposed may provide a welcome distraction and plaudits for the Government. But they must be properly considered and genuinely beneficial to the public. 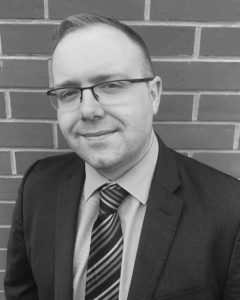 To read more about Nick and the work that he does does, please see his profile here.

Doctors of all disciplines, whether that’s primary care, secondary care, private healthcare or anything in between must adhere to the guidelines, principles and procedures set out in Good Medical Practice, Fitness to Practise Rules and the Medical Act 1983 (as amended). All doctors, upon completion of training must be registered with, and hold a licence…

Burton Copeland has once again been included in The Times Best Lawyers list for 2022. We’re delighted and proud to have been included in this list and to be ranked alongside other prestigious law firms is truly humbling. You can find out what the award means to us in this article.

Burton Copeland are proud and delighted to announce we have been listed as a ‘Band 1’ partner by Chambers and Partners again this year.