Once upon a time police officers didn’t routinely carry radios and would communicate by shouting, using whistles or if they were lucky they might be near to a public phone box or police box, failing which they would have a truncheon to defend themselves.

Nowadays police officers carry encrypted radios, which operate using mobile phone masks, utilise GPS tracking data and contain panic buttons sending alerts immediately to control and other officers in the vicinity. More and more officers have the use of tasers and now we see a huge increase in officers wearing body worn cameras. 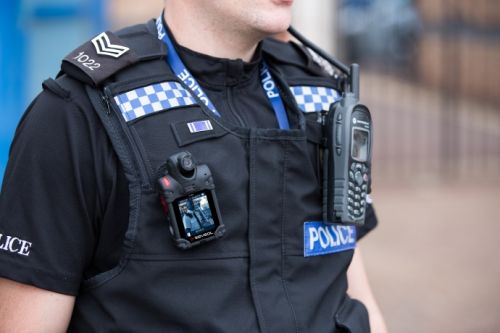 Do police officers have to wear body worn cameras?

No, there is nothing in law which suggests that officers have to wear such a device. Police forces around the country have different policies on their use. Most forces are not yet in a position to stipulate that officers must wear them as they don’t yet have enough of them. Some forces do have policy that BWV should be worn (if available) or recording when dealing with members of the public.

A number of officers we come into contact with say that they want to wear them in order to protect themselves from complaints and also tell us that when they are worn, generally members of the behave less badly once they realises they are being caught on camera.

Police forces are investing huge sums of money in equipping officers with BWV and with advances of technology it probably won’t be long that all police officer’s, in the same way that they select a radio, will collect their BWV when they come on duty and footage is automatically downloaded to a secure server or cloud and stored so that there is a records of that officers full tour of duty.

Can police officers delete the footage?

In most cases, the answer is no, the technology behind the cameras is also advanced and is there to protect the public as well as the individual officers. All footage recorded on the device is encrypted, and is only unencrypted once it is placed in its base unit and the footage is downloaded, meaning that if a device is lost any sensitive footage cannot be viewed by the public.

In a similar manner the public are protected in that the devices are tamper proof, footage cannot be edited or deleted and once downloaded there is a digital footprint of everybody who has ever viewed it.

How long is footage kept for?

How else is BWV used?

Footage can be used in a number of ways and increases in the use of the equipment will inevitably mean that it is used in other ways, for example:

Are they here to stay?

The short answer is yes absolutely, in research conducted by the Metropolitan Police, officers confirmed that they felt that they did their job in collecting evidence more efficiently and were more protected against complaints when using the device. But more importantly they reduced allegations being made against police by 33% so, yes; they are definitely here to stay.

If you have any queries with any issues concerning body worn camera and need advice, then please contact us online or call us on 0161 827 9500. Based in the North West but servicing the whole of the UK, Burton Copeland has 40 years experience and our lawyers are experts in Criminal Law.