The prestigious awards ceremony took place last month at the Midland Hotel and followed months of consideration by the judges who comprised of members of Manchester Law Society including the Chief Executive Fran Eccles-Bech, Circuit Judges and prominent members from the North West business community including the Head of Business at Manchester Evening News Shelina Begum.

The judging process involved a written application which was submitted in December and required answers to the following questions:

The judges considered the hundreds of entries and produced a shortlist in January of three individuals who were then invited for a panel interview in January.

“The interview was pretty daunting, I’ve never been through an interview of that nature before and the first question, ‘why do you think you should win’ was a bit of a curve ball”

Jonathan had no idea that he had won the award until the awards ceremony; “When the envelope was opened my name read out, I was stunned, to have been shortlisted to the final three was fantastic, but to have won was a real honour “.

“I’d also like to say thank you to the other two finalists Lewis Thompson at Almonds Solicitors and Chris Neale at Bott & Co, both of whom were extremely complimentary and gracious in their congratulations to me on the evening. I’d also like to thank the extremely generous sponsors, including Document Direct and Winscribe who sponsored my award, and without whom events like this simply could not take place. I’d particularly like to thank Vladimir Teodosiev, who presented me with my award and was extremely kind in his commendations during our post award interviews with the press.”

Many other awards were handed out on the night and a full list of categories and winners can be downloaded here. Burton Copeland were also shortlisted in two other categories, but were pipped to the post by Olliers who received Crime Team of the Year and Weightmans who succeeded in the Regulatory Team of the Year categories.

The evening was finished off with a set by Red Corner a band made up of barristers and a clerk from Exchange Chambers in Manchester and Liverpool. “I must thank the guys in the band too, firstly for a fantastic line up of songs, but also for dedicating a song to me for my win” 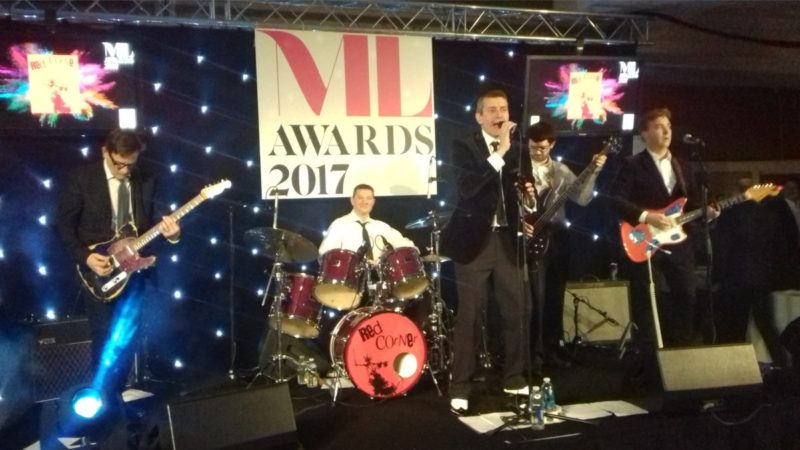 Read the full report in the Manchester Evening News here 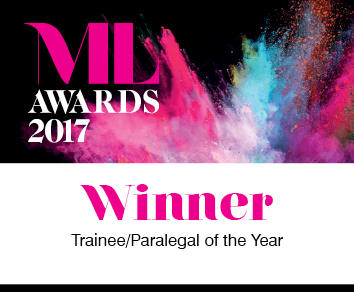