High demand for the compounds sold as “Spice” and “Black Mamba” has caused more severe problems in the prison system than officers have faced from any other drug, with prisoners racking up greater debts, and suffering worse bullying and violence. Some prison officers have reported falling ill from exposure to the fumes. 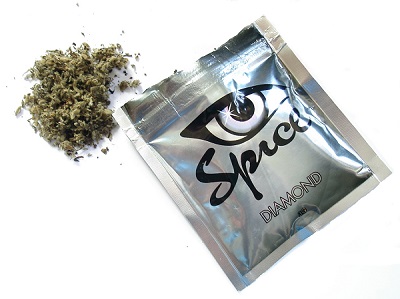 The Chief Inspector of Prisons, Peter Clarke has told the Guardian“Prison staff have told me that the effect on individuals and prisons as a whole is unlike anything they have seen before,”.

Synthetic cannabis is a term for many chemical compounds that mimic the effects of THC, the active ingredient of cannabis, in the brain. The synthetic forms are often far more potent, making them a greater threat. A recent report from the prisons and probation ombudsman linked 19 prison deaths between 2012 and 2014 with synthetic cannabis, by far the most common of the new psychoactive substances (NPS).

Unlike traditional cannabis, synthetic cannabis is manufactured in laboratories and is usually odourless, making it more difficult for prison staff to detect when inmates are smoking the drugs. While NPS are banned in prisons, large quantities continue to find their way inside.

“NPS is having a devastating impact in some of our prisons, more severe than we have seen with other drugs,” Clarke said. “Their presence in prisons has given rise to debt, bullying and violence. They are destabilising some prisons, making it difficult for normal prison life to continue.

Steve Gillan at the Prison Officers’ Association (POA) said the prison service was failing in its duty of care for prisoners and prison staff by not adequately dealing with synthetic cannabis. “We don’t think they, or the government, are taking it seriously enough. Our prisons are awash with synthetic cannabis and prisoners are so out of their heads they don’t know what they are doing sometimes. They are a danger to themselves, they’re attacking staff, and they are attacking other prisoners.”

The problem is worsened by a shortfall in staff needed to perform perimeter checks and thorough searches of prison cells and exercise yards, said Gillan We want prisons properly searched because these drugs are getting dropped in by drones, catapulted over fences, and there are not enough staff to deal with it,” he added. More sniffer dogs are due to be brought into service, but Gillan said it was “too little, too late”.

Last year’s report from the prisons ombudsman highlighted a number of cases of prisoners dying after using synthetic cannabis. One man died apparently after smoking spiked cigarettes he had been given by inmates who wanted to test a new batch of synthetic cannabis. Another, whose behaviour had previously been “exemplary”, shouted at a prison doctor, and was found to have hanged himself in his cell the next morning. He had recently developed a heavy synthetic cannabis habit and had been forced to sell possessions to pay off his debts. A woman described as “fun-loving” appeared to have a psychotic episode after taking synthetic cannabis, and possibly other drugs, and died after she severed an artery in an unprecedented act of self-harm.

The POA is so concerned about the growing problem that it has begun to compile a dossier on incidents where synthetic cannabis is involved. “It’s at a problematic level and worsening” said Gillan.