What is it that heightens passions at this time of year and leads some to ill-treat those that they supposedly love?

For the past few hundred years we have celebrated February 14th by buying cards or flowers for our loved ones. But why is it that this day also has other connotations of domestic abuse. We are all aware that there are many murders that have taken place on this day, none more famous that that of Oscar Pistorius who shot dead his girlfriend Reeva Steenkamp on Valentines Day in 2013. 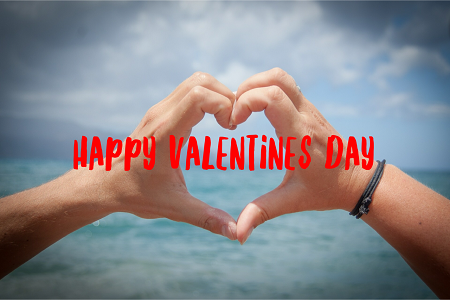 What is that heightens passions at this time of year and leads some to ill-treat those that they supposedly love?

Could it be the down to the inflated cost of flowers heightening tempers? Whatever the reason domestic reports of domestic abuse have never been higher. According to statistics released at the end of last year, approximately 1.8 million adults aged 16 to 59 said they were a victim of domestic abuse in the year ending March 2016 with women being more likely to report having experienced domestic abuse than men and domestic abuse-related crimes account for 1 in 10 of all crimes.

The police and Crown Prosecution Service seem to be taking the problem seriously as out of all of the alleged offences referred to them for advice they made a decision to charge the offender in 70% of cases and convictions resulted in 75% of cases. 68% of those convictions were from offenders who entered a guilty plea.

In order to raise awareness about domestic violence, an Australian not for profit organisation has encouraged women to use the hashtag #IGotFlowersToday on Valentine’s Day in reference to a poem about a battered woman.

The poem written in 1992 by Paulette Kelly, “chronicles the life of an abused woman with the gift of flowers used as an apology for a torturous life, rather than a symbol of love and affection,” explained Karen Willis, executive director of the Full Stop Foundation, the group behind the campaign.

But it is reported that the Full Stop Foundation’s campaign was met with backlash as a Daily Telegraph columnist denounced it as “savage, relentless anti-men messaging.”

“It’s not enough that some poor guy has schlepped to the florist or sweated over which flowers to pick online and poured over poignant words for the card,” wrote Corrine Barraclough. “ These infuriating feminist fools now want his motives to be questioned too. So, in addition to your colleagues’ ‘Nice flowers,’ comments, if you get a dozen long-stemmed you can now presumably look forward to comments such as, ‘Is everything OK?’ and ‘What did he do?’”

What else happens on Valentines Day?

In Malaysia and Singapore it is reported that authorities are using Valentines Day to send a message about relationship scams with are becoming all too prevalent.

ACCC deputy chair Delia Rickard said, “Romance scammers are getting increasingly manipulative so if you are going online this Valentine’s Day to look for love, it’s absolutely vital that you’re able to recognise the warning signs,”

It is understood that these offences committed by criminals who use powerful words and emotions to prey on the lonely victims, increased by a third in 2016 and are set to rise again this year.

In the UK 200,000 people reported that they had been the victim to such a scam. It is such a huge problem that Trading Standards has issued the following advice to staying safe online this Valentine’s Day:

• Never reveal too much personal information

• Think about what they say online, are they always asking questions about you but saying very little about themselves, even avoiding basic questions like where they live or what they do?

• Don’t be rushed into communicating away from the website, be very wary if they quickly want to use personal email addresses, instant or text messages or by the phone only

• And finally trust your instincts, if something doesn’t feel right stop communicating with them