Claire who only started running a few months ago has already racked up several 10k runs for charity. But this weekend she smashed her PB with an impressive sub hour time and raised shed loads for charity in the process.

The Manchester Winter Run took place on Sunday 12th February 2017 at the Etihad Stadium the home of her beloved Manchester City. She completed the race in an inspiring time of 58:10. Following the race she celebrated in style by catching a train to Bournemouth to watch her favorite team take on The Cherries on Monday night. 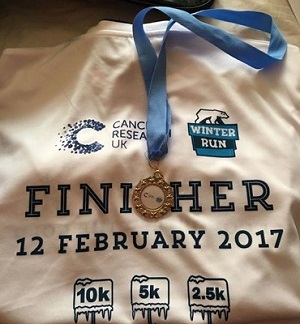 Claire now has a little bit of down time but is keen to get back on the road and has already signed up for two more runs where she hopes to improve on her times and raise even more cash for charity. 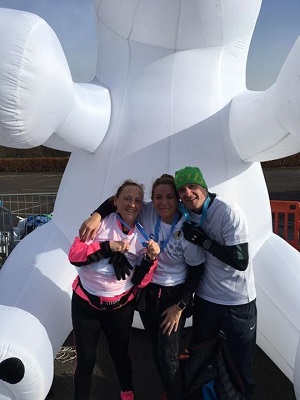 Claire (Left) shows off her medal.

Claire will next be running in the Blackpool 10k on Sunday 23rd April 2017 and in the Great Manchester Run on Sunday 28th May 2017.