YOUTH COURTS HEAR ALL BUT THE MOST SERIOUS CASES INVOLVING CHILDREN AGED 10 TO 17. THEY ARE AN OFTEN UNDERREPORTED PART OF THE CRIMINAL JUSTICE SYSTEM, SO THE GUARDIAN DECIDED TO SPEND A MONTH AT MANCHESTER YOUTH COURT AND SPOKE WITH OUR SPECIALIST YOUTH COURT LAWYER ROB MOUSSALLI.

Helen Pidd, the North of England Editor Helen Pidd speaks to Anushka Asthana in relation to what her reporting team uncovered during the investigation which revealed that despite only 1 in 100 children being in care, but in only one month at Manchester and Salford Youth Court almost one in five defendants were looked after children. 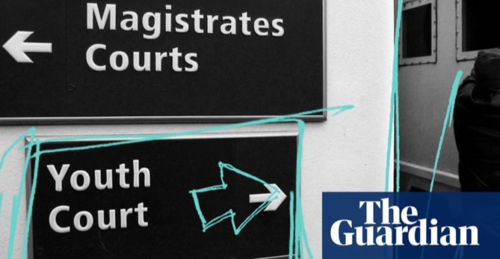 The Guardian’s north of England team has spent a month investigating and spoke to Rob at length about the problems with the youth justice system in England and Wales, in which children as young as 10 are put on trial. Today the podcast ” A Day Inside the Hidden World of Youth Courts” has been published and can be listened to here

Being a Paralegal During a Pandemic

Being a Paralegal during a pandemic has thrown up a lot of unique challenges. Burton Copeland Paralegal, Daniel Walton shares his experiences of the pandemic in this article.

Burton Copeland in the Top Tier of the Legal 500

Burton Copeland are delighted and proud to announce that we have been included in the Top Tier of the Legal 500.

Burton Copeland shortlisted for Crime Team of the Year 2021

The annual Manchester Legal Awards, which recognise and celebrate the region’s outstanding legal talent, are just a couple of weeks away. Burton Copeland are proud to announce that they have again been shortlisted for the award Crime Team of The Year.