The Mighty Hike took place on Saturday 16th June 2016 in what was the hottest day so far this year. Temperatures soured up to 29 degrees during the hike through the beautiful Cumbria Way through the Borrowdale and Langdale Valleys from Keswick to Ambleside. You can certainly see the difference in skin tone from the before and after pictures.

“It was tough going in the heat, but there was no way we were going to give up” 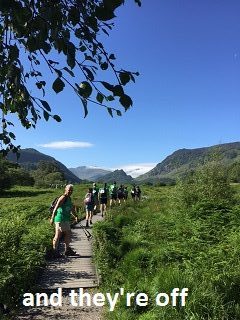 Covering a whopping distance of over 25 miles the route also takes you to an elevation of 1,070 metres or 3,510 feet as you can see from the photo below.

Gwyn took part with his wife and daughter in order to raise funds for the Macmillan charity supporting the fabulous work that they do in supporting the hundreds of thousands of people affected by cancer ever year.

“The charity is such a worthwhile cause, every one of us will be affected in some way by cancer at some point in our lives” said Gwyn “it is why that taking part in something like this makes you feel so gratified, we’re just all pleased we make it” 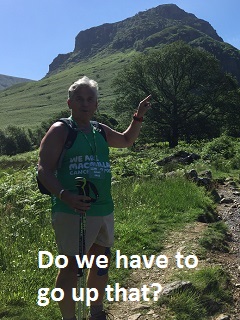 The charity estimated on the day that sponsorship was set to top the £300,000 mark. Gwyn and his family had raised over £1,000 but that is set to rise, as work colleagues and friends realise how much of a gruelling task it was. 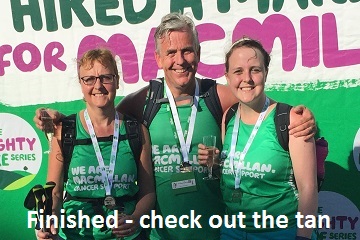