We’ve all seen police crime dramas on TV where officers invite people to the police station for an informal or friendly chat only to trick them into saying far more than they would have liked.

While we may find ourselves rooting for our favourite police characters to catch the “bad guy”, in the real world this type of behaviour can result in people being convicted of offences unnecessarily. It can also cause potential injustices between those who decide to take or not take advice during one of these so-called friendly chats. Before we look at what might happen, let’s look at why it happens. 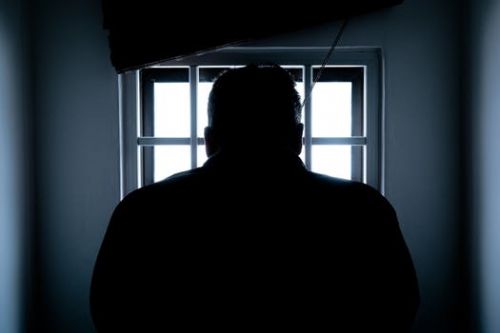 Why do police officers invite people in for a friendly ‘chat’?

It’s completely normal for police officers to speak to individuals during an investigation, whether they are a witness, suspect or simply someone who needs to be ruled out of the investigation. But there is a clear distinction between them which we’ll discuss later.

It is often the case that people are invited into the police station for a chat or “to assist with enquiries” and are reassured that they are “free to leave at any time” and “there’s nothing to worry about”. Police officers may do this for a number of reasons; let’s look at some of the possibilities;

Scenario one – No power to arrest due to insufficient evidence

The Police and Criminal Evidence Act provide police officers with powers to arrest. However in order to arrest in these circumstances (i.e. after an alleged offence has been committed) they would need grounds to suspect that the person was involved in the commission of the offence. If the officer doesn’t have that suspicion then their only alternative would be to invite you in for an informal chat.

Scenario two – No power to arrest due to it being unnecessary

As well suspicion, the act stipulates that an officer may only arrest where that arrest is “necessary”. Police must satisfy one of several criteria in order to determine that it is. One example is where the arrest was necessary in order for the officer to ascertain the name and address of the individual. Clearly if an officer calls to your house and asks you to come into the police station they are already aware of your identity so an arrest would not be necessary. BUT, they still may believe that you did commit the offence.

What happens if I go to the police station for a chat?

We are aware of situations where clients have been invited in for a friendly chat and are taken by complete surprise when, on arrival, they are ushered into an interview room a recording is started and a formal interview under caution begins. Why do police officers do this, when they clearly suspect the individual of committing an offence? One can only speculate, perhaps it is to catch you off guard or because they don’t want you to attend with a solicitor. The fact is that if you are suspected of committing an offence you have legal rights which are in law in order to protect individuals.

Do I have the right to a legal advice?

The short answer is yes absolutely; even if you have not been arrested and are being interviewed voluntarily you have the right to free independent legal advice. The police must tell you this at the start of the interview. However in our experience, often people choose to simply carry on with the interview rather than wait for a solicitor to attend or return to the police station with a solicitor. The police must also “caution” any person that they suspect may have committed an offence prior to asking them any questions. Again, in our experience of speaking with persons who have continued to be interviewed without advice, they often feel that it is too late, “I’m here now….the interview has started.”.

It is so important not to continue, be brave and simply say, “I’d like to stop there and get some legal advice please”. The interview has to stop, immediately, it is the smart thing to do.

Does asking for a lawyer make me look smart or guilty?

Whatever you think the perception might be, seeking advice before an interview is crucial. This about it like this, “what if the police officer was being interviewed about an alleged offence, would he or she obtain legal advice?” The answer is yes of course they would.

There are a few other points you need to consider

“Obtaining advice is the smart thing to do, waiving your right free legal advice would be foolish”

How can a lawyer help?

A lawyer will assist in a number of ways:

Waiving your right to a lawyer could work against you

If you’re innocent, you might assume that you can defend yourself. After all, all you need to do is tell the truth, right?

Wrong! During a police interview, the police may try to trick you into saying things that may incriminate you. Without a solicitor by your side, there’s a risk you could say things that will be held against you in court. You may be asked about a side issue, not relevant to the offence, you may tell a little lie, not about your involvement in an offence but perhaps something which is embarrassing. Once the police can prove that it a lie then everything else you have said is potentially disregarded.

Often clients come to see us facing prosecution and having decided not to take legal advice in interview. We regularly see clients who are being prosecuted unnecessarily because they didn’t have legal advice at the police station and either made a confession or lied or provided police with a PIN code to their mobile phone because they thought they had to, and that phone revealed evidence of something completely different.

If you need a lawyer in relation to a crime, please get in touch with the team at Burton Copeland. Whether you’ve committed the crime or not, we can help you every step of the way. From the moment you arrive at the station for questioning to the potential court case, we’ll guide you through the process and give you the defence you deserve.