The National Road Safety week is almost half way through and the target of receiving over 10,000 “pledges” is over three quarters of the way there. But more of a push is needed. So we would please ask that you follow the link below and make your pledge. It will not cost you a penny!!

Why are specialist road traffic defence lawyers supporting this campaign

It is right to say that part of practice is to represent defendants who appear before the courts in relation to road traffic offences, it is every defendant’s right to be represented by a lawyer and we do so to the best of our ability. But, we are also human, we have families and children that are precious to us. In doing the job that we do, we often hear heartrending victim personal statements which are read to the courts and describe the devastating effect that collisions caused by poor driving can have on the victims and their families.

Yet we see the other side of the coin too. We often represent individuals who are on the whole very decent people. Most in society would not see them as criminals, yet often a quick and simple mistake sometimes has dire consequences. It might be, driving a bit faster as they are late for a meeting, glancing at a mobile phone to check the contents of a text, one extra sip of drink before driving home or something else.

What some believe to be innocuous actions so often has utterly destructive consequences. A collision which causes a serious injury is likely to lead to you losing your job, not only as you’ll be disqualified for driving for up to five years, but also as you are likely to receive up to five years imprisonment. If the injuries are so serious that the victim dies, you’ll be facing up to 14 years locked in a cell.

The effect of a collision on a victim and their families is dire but the impact on the prosecuted driver can also be extremely severe. Their family members are also innocent victims, often suffering severe financial consequences as a result of their wife, husband or parent losing their job and also young children being deprived of their parents as they are in prison.

We say make the pledge now for the sake of everybody!

It won’t cost you anything

Road safety week which has run annually since 1997 by the road safety charity brake that works to prevent road death and injury, make the streets safer and support victims of road traffic collisions.

This year the pledge is simply to ask drivers and everybody else to make 6 improvements in their driving habits or to do more as a passenger to ensure that people are safer, for example by speaking out against speeding or ensuring that everybody belts up in the car. The Brake pledge campaign is interested in people making a change to ensure safer roads. So please click the image below and make your pledge now. It takes a couple of minutes and could safe a life, it might be your own or that of a member of your family!

If you would like to support bereaved and injured people and Brakes campaign for safer roads and would like to make a donation, please click here

Why do I need to pledge I’m already am a safe driver?

Lat week we reported on the Greater Manchester Police clampdown in targeting drivers who use mobile hones at the wheel. We challenge you to try the concentration game below or viewing the video here. We are sure that once you have, you will also make the pledge! 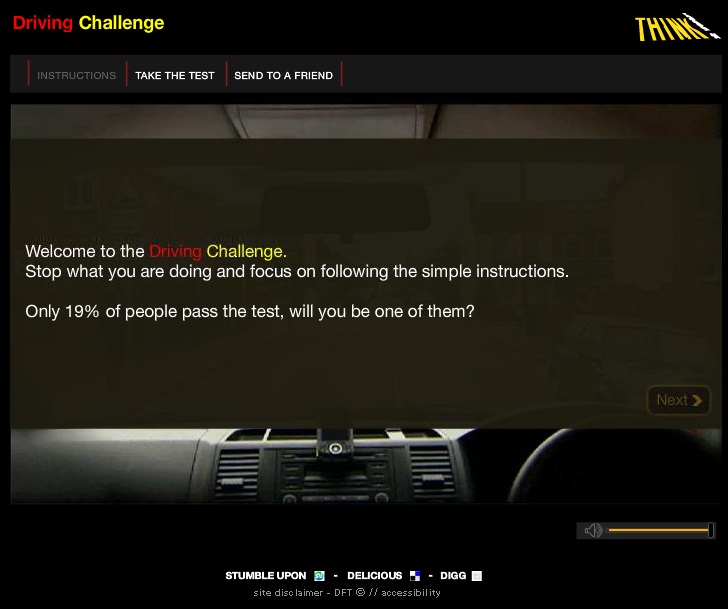