Last year we published a mission statement type video introduction to Burton Copeland by Senior Partner Gwyn Lewis in which he refers to the philosophy of Burton Copeland “thinking differently” and that “we will get you through”. The Burton Copeland principle is that we defend everybody particularly those vulnerable individuals who have been let down by systems, communities or even families that should have helped and for whom society has turned against and branded with cruel labels such as “wife beater”, “druggy”, “child abuser” and the like.

Our Yvonne Garside give a truly remarkable example of a case where there was such a bigger picture and where she went well above and beyond the call of duty in dealing with a clients case.

It was just another day at the office

Until we received a telephone call from the police advising of a suspect awaiting interview in relation to child neglect offences.

Of course newspaper headlines that are geared to sell newspapers conjure up horrific images of what this might mean, and of course the courts are there to protect those that cannot protect themselves.

But what happens when the concern is raised and the reality is actually nothing like the claim. What happens when the “label” that is attached to a set of circumstances is not actually reflective of the situation at all. Its like buying a size 12 Jeans and finding out that they’re not really size 12 at all but were cut and sewn for a size 8 Barbie figure of impossible proportions. It’s not actually as it appears it’s just that the label says this is what it is.

Our clients day changed when a utility workman attended at an address to cut off power and found that the house was home to a single mum and her daughter who were already finding life hard enough. The utility man found the house to be filled with lots of items piled up and considered that the environment was not safe for a child to live in. Having cut off the power to the address making it even more uninhabitable, he then promptly contacted social services, who then contacted the police, who then arrested the Mum, who then contacted us.

We’re not criticising the workman for doing what he thought was the right thing to do and were it not for him then this story would not actually be told.

And that’s really where this story begins

So who was this Mum who everyone thought must have been some unkind, unfeeling, uncaring woman, living in an unfit house and not caring for her daughter. She must be someone who is unfit, who doesn’t give a flying fig about what is right and wrong … who doesn’t pack school lunches with at least 2 of the 5 a day requirements and who lives irresponsibly and frivolously…..

You see, labels are very easy to put on people aren’t they?

Well actually this wasn’t the case at all. Once you get beyond the obvious difference in living conditions and actually see the person rather than the circumstance, you see that this was about a cry for help. Thank goodness on this occasion that cry was heard above all of the competing voices that wanted to be heard.

When labels do not ring true 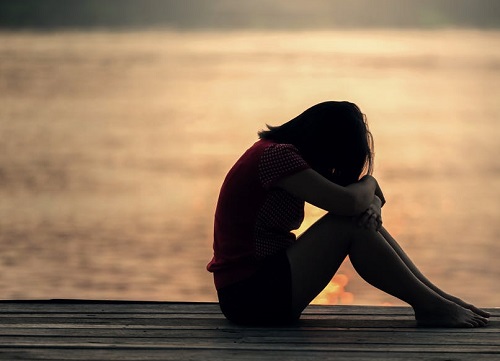 Before Burton Copeland had came to help nobody had heard that;

These are the types of things that you don’t just drop into a conversation with the postman.

“Thank God that sometimes ….. just sometimes … you get the opportunity of making a difference”

It requires an old fashioned value, one that puts the person first and not crime statistics or legal aid payments. It means not stopping when the fixed fee runs out and it means making bridges with agencies that can help even if you can’t claim for the phone calls. It means speaking to angry skip suppliers and arranging payment in stages rather than leaving a family with no money and feeling there was no way out. It means making an introduction to people that can help and taking your own jar of coffee, bag of sugar and litre bottle of skimmed milk from Morrisons. It also means turning up on a Saturday morning in jeans and gardening gloves with as many cars as possible to take things to the skip.

Today wasn’t just another day at the office. It was a an opportunity to make a difference in someone else’s life and to work with the agencies to show that this situation was not how it appeared and to thankfully be in a position to avoid this lady being prosecuted and to make her tomorrow a bit easier than her today.

Now we know that this is nowhere on the scale of Terror cases where so many lives have been lost, and nor is it anywhere like the pain and anguish of those lives affected by recent events in Grenfell Towers and it is also unlikely that our Prime Minister Theresa May or even Jeremy Corbyn is likely to turn up in our corner of Manchester but to that lady and her daughter, even these small steps are newsworthy.

The next time somebody names a person to you with a “label” think like we do, just because somebody says something doesn’t mean it’s true. Before you judge, convict and condemn them, take a step back and think about whether they might need help.