Burton Copeland are proud to have an accomplished published author amongst their team, but don’t ask us who it, we won’t tell you, it is a closely guarded secret!

The Novels synopsis on the publisher’s site is below and as that and the chilling video show, it seems that this is going to be an extremely gripping read:

“Matthew’s life has never been the same since his wife, Lauren, tragically died. His only comfort is his daughter, Eve, and the corporate empire he built with his wife, which now sustains them both.

When Matthew meets Jess, he isn’t sure he’s ready to bring another woman into his life – especially as Eve finds this hard to accept. But Jess is irresistible and he quickly falls for her charm and wit, eager to bring some normality back to his family life.

Hallucinations begin to plague Matthew – visions of a dark, dangerous entity – and he begins to wonder if he moved on too soon and is losing his mind, or if he really is witnessing something supernatural.

Questioning his sanity, he visits the doctor, convinced he has a sleep disorder, but the visions just keep coming. The Dark Empress is always there, and she’s even been paying Eve a visit too…”

Senior partner Gwyn Lewis said,“We are extremely proud of our staff generally, but knowing that [The mystery author] is soon to be a published author is absolutely amazing. I hope that the book is a huge success and I can’t wait to read it”

Although we cannot reveal the true identity of the author, we did have the following exclusive interview.

So how was it writing your first book?

I can honestly say that I have located a talent that was always within me. I loved writing as a child and lost this as I got older.

Although, I must confess, I am one of the very few blessed authors. I have never experienced writers block. For me, I had a story in my mind and then that was it, from that moment on I fell in love with Homewrecker and was sucked inside the mystified world that I was creating.

How long did it take to complete Homewrecker?

I started writing it in March 2017. I had a goal to have this completed by the end of 2018. I am pleased to confirm that I was on target and my final word was typed on Sunday 10 December at around 02:00AM.

Why did you write it?

So, for years I have enjoyed and loved reading, I’ve embraced becoming lost inside other peoples worlds, but, more often than not there was just one problem that I was coming up against. On occasions I was struggling to portray what the author had beautifully written for me. I would feel frustrated and re-read the page multiple times and still not be able to see the vision. Then, I would be left feeling deflated and move on from the book.

When I made the decision to write a my first novel, I had one huge burning desire. That desire was to write a novel that everyone could read. As long as you can understand the English language, you can read this book. I have had so many people who have never even picked up a novel already pre-order Homewrecker for this very reason

How did it feel when you found out Homewrecker was going to be published?

Well, I actually received my offer of a contract from Pegasus Publishers just four weeks after sending this in for consideration. And, believe it or not, I was actually sat at my desk in the office at Burtons.

The moment was surreal and I sort of gasped so loudly that Gwyn Lewis came over straight away and was asking if everything was okay. I then told him the huge news, obviously after I managed to process this myself. It was crazy and felt amazing. Pegasus Publishers are the one publishers whom I desired to work with, and so as you can imagine it was the best day for me as an author. My hard work had finally paid off.

Any plans for another book?

Yes, I’m currently four chapters away from completing the sequel Tainted Trail. Which is much more fast paced and has lots of elements of crime throughout.

Homewrecker is set to be a five part set of novels. I have the whole story mapped out and I’m excited to create each one. I’m very much keeping my head down in order to have them released within 12 months or less of one another.

How have you found marketing the book, would you say this has been easy?

I’d say that I have loved marketing Homewrecker. I was told by my mentor in America that people can’t buy what they don’t know about and this has always stuck with me.

My social media Homewrecker team members and myself, have all chipped in and been extra creative. We constantly have quirky social media competitions, we’ve released trailer videos, and been blessed to have promotional card games and leaflet distributions all around the world. We’re also jetting off to Canada at the end of September for more of the same, and will also be attending an Anthony Robbins event to raise awareness to Homewrecker release. 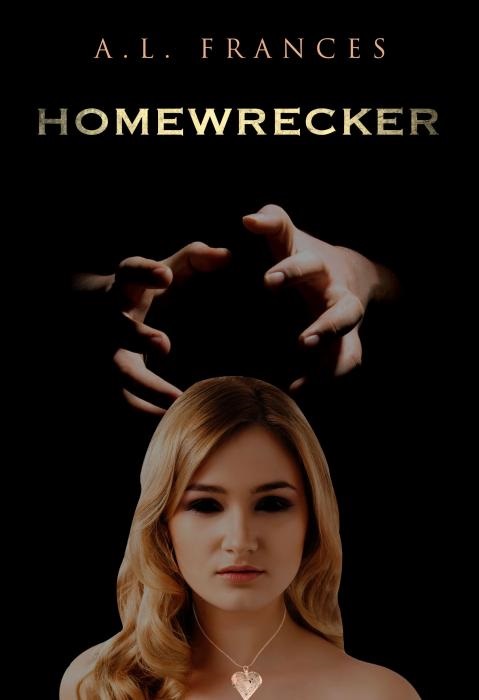