Burton Copeland has again been named by The Times as one the “The Best Law Firms 2021. 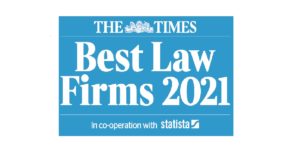 The list which has been published this morning recommends all of the top 200 law firms in the UK.

The Times in accordance with international market research firm, Statista started publishing the top forms list in 2019 and Burton Copeland has featured every year.

All of the firms who have made the list have been voted by their peers from across England and Wales who were asked recommend their best law firms colleagues in one or more of 26 categories covering business, public and private-client fields. Burton Copeland has yet again been commended by its peers and other law firms, in the ‘financial crime & fraud & regulatory’ category.

The text from The Times confirms that

“Burton Copeland specialises in regulatory enforcement and the defence of fraud, corruption and other serious crime. This year the firm has advised on a Serious Fraud Office prosecution of alleged conspirators in corruption in the Middle East; a major police corruption case in the West Midlands; and what the National Crime Agency describes as the UK’s highest value drug conspiracy, worth billions of pounds.”

According to Wikipedia there are currently 11,100 law firms in the UK, meaning that Burton Copeland fall in the top 2%.

In addition The Times confirms that: “The firm is the sole legal adviser for the trade unions National Crime Officers Association and National Foster Carers Association, and it receives instructions from Police Federation boards across the country”

Here’s what the Management Team at Burton Copeland had to say had to say:

“The first time we received this recognition was an honour, the second time seemed to be confirmation, this time feels like a triple crown”

“To have been named as a top firm by such an institution as The Times in the first place is an honour, but to have received such an accolade three times in a row is simply tremendous and is a reflection of the hard work and dedication of the whole team at Burton Copeland which has never been more evident than in these challenging times.” 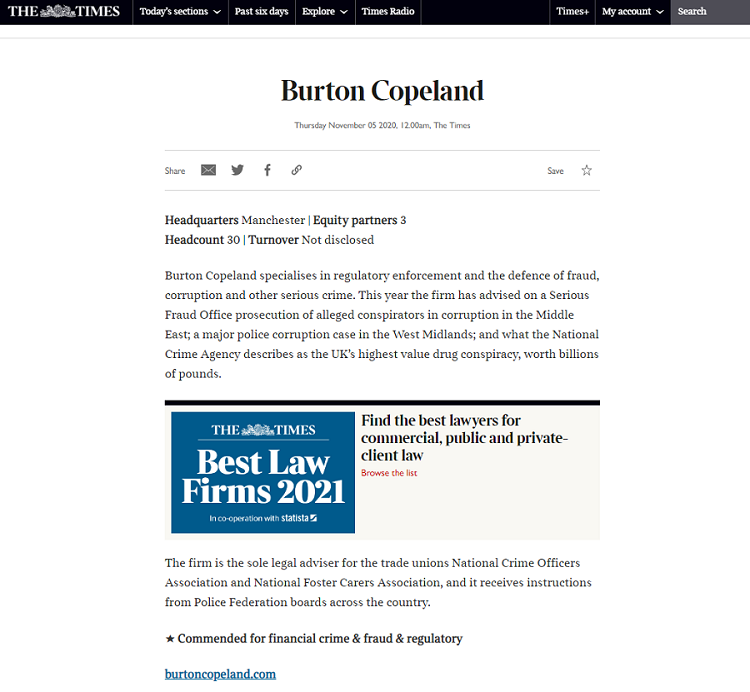