Although the term "hacking" may seem relatively new, in fact laws relating to the unauthorised access to computer material have been in force in the UK for over 25 years since the commencement of the Computer Misuse Act in 1990.

Defending these charges requires a team of lawyers with internet experience.

With the advancements of technology, computers and the internet as well as the fear of the authorities that terrorist organisations will use hacking to damage national security or the economy it is not surprising that laws relating to hacking have been updated and there are now more offences with increased penalties, the Serious Crime Act 2015 now includes an offence of hacking which carries a maximum sentence of life imprisonment.Hacking investigations are becoming more sophisticated as technology adapts, and because of the vastness of the internet, they can involve international laws, as well as UK legislation. This makes handling allegations incredibly difficult for those unaware of all the complexities involved, as extradition could be an issue.

Hacking investigations can be extremely complex and sophisticated and often involve a number of different law enforcement agencies such as the FBI or M15. They also may involve international laws and could lead to applications for extradition to other countries to face proceedings.

It is vital that you instruct a lawyer who has the knowledge and experience to guide and shield you through what can be a an anxious and distressing period. Our specialist hacking lawyers have the comprehension and expertise in handling hacking cases, both in terms of complex digital evidence and challenging laws.

Our hacking defence lawyers have a great deal of knowledge and experience in handling allegations, charges and prosecution for hacking crimes. To speak to our team about your case, contact our Manchester office on 0161 827 9500, or fill in our online form and we will get back to you shortly.

We have experience defending people who have been accused of hacking, including:

If you have been arrested, are on police bail or have been charged with a criminal involving any of the above, our experts are here to help.

Our solicitors have over 35 years’ experience in defending clients, so you can rest assured we have the expertise to deal with your case. We pride ourselves on providing the best possible defence strategy for a positive outcome to your case.

The team are available 24 hours a day, seven days a week to provide clear advice and representation at any stage of investigation or prosecution proceedings. We can also advise you about legal aid and whether this would be available for you.

Black hat hacking - gaining unauthorised access into a computer system or network with malicious intent. This type of hacking may involve the use computers to attack systems for profit, as part of a social cause or for political motives. Such penetration often involves modification and/or destruction of data, as well as distribution of computer viruses, worms, and delivery of spam through the use of botnets.

Crimeware - Malicious software such as viruses, Trojan horses, spyware, and other programs used to commit crimes on the Internet including identity theft and fraud.

Denial of service (DoS) - An attack designed to prevent a system from functioning properly as well as denying access to the system by authorised users. Attacks can be caused by destroying or modifying data or by overloading the system's servers until service to authorised users is delayed or prevented.

Drive-by download - A program that is automatically downloaded to a computer without your consent or the users knowledge. It can install malware or potentially unwanted programs merely by the user viewing an email or website.

Dropper - An executable file, created specifically to introduce a virus, worm, or Trojan on a computer system.

Hacker - A person who uses programming skills and technical knowledge to create and modify computer software and hardware by finding and exploiting weaknesses, including computer programming, administration, and security-related items. Hackers can be motivated by a number of reasons both positive and negative, such as profit, protest, or security testing. Criminal hackers create malware in order to commit crimes.

Information harvesters - Refers to those who supply stolen data but do not necessarily use it to commit fraud. The information obtained by harvesters is often sold to criminal networks that trade the information sometimes also over the internet.

Keylogger (keystroke logging) - Software that tracks or logs the key strokes on a computer covertly. This is usually done with a criminal intent to collect information such as passwords, credit card details, and other private or personal data.

Malicious app - A mobile application (app) which masquerades as a legitimate app but contains viruses, worms, Trojan horses, malware, spyware, or any other software or executable files intending to harm user devices or obtain personal data. Once a malicious app is downloaded, it can cause chaos in a number of ways, sending text messages to premium-rate numbers, taking control of the infected device, and downloading the user's contact lists. Malicious apps can be distributed through app stores by disguising as a legitimate apps.

Malicious code - Designed to damage a computer system and the data it contains, gather sensitive information, gain unauthorized access, or to prevent the system from being used in its normal manner.

Malvertising - Is usually executed by concealing malicious code within online advertisements. These ads can lead the user to unreliable content or directly infect a victim's computer with malware, which may damage a system, access sensitive information, or allow control of the computer remotely.

Malware - A generic term used to describe any type of software or code specifically designed to exploit a computer or the data it contains. Malware includes viruses, Trojan horses, spyware, adware, and other malicious programs.

Pharming - Is the process of redirecting traffic to a false website usually through the use of malware or spyware. The false website replicates a legitimate website, such as a bank, and is designed to capture confidential information from users.

Phishing - Similar to pharming, this is a criminal activity which usually uses email or instant messaging to sent requests that recipients click on the link to verify or update contact details, passwords, banking or credit card details etc. Like spam, phishing emails are sent to a large number of email addresses, with the expectation that someone will act on the information in the email and disclose their personal information.

Piggyback - Gaining unauthorised access to a computer system by exploiting an authorised user's legitimate connection without their permission or knowledge.

Potentially unwanted program (PUP) - A term created by internet security firm McAfee a PUP is a program that may be unwanted, despite the possibility that users consented to download it. PUPs include spyware, adware, keyloggers, password crackers, hacker tools and dialers, and are often downloaded in conjunction with a program that the user wants.

Ransomware - are types of malicious software which restrict access to the computer system they infect and demand a ransom paid for the restriction to be removed. Some forms of ransomware may encrypt files on the system's hard drive, while others simply lock the system and display messages to coax users into paying.

Redirect - A method used to direct someone or something to a different place than was intended. Cybercriminals can use these to route a legitimate website's traffic to a counterfeit website.

Remote administration tool (RAT) - Is Software designed to give an administrator remote control of a system. RAT software is usually installed on a computer without the user's knowledge and takes control of it remotely without the user's knowledge. RATs can be installed by opening an infected attachment, clicking links in a popup window, or through any other software which poses as legitimate.

Replication - Is process when a virus makes copies of itself to carry out subsequent infections. Replication is one of the criteria which differentiates viruses from other computer programs.

Rogue program - is a program intended to damage other programs or data, or to breach a system's security. It includes Trojan horse programs, logic bombs, and viruses.

Rootkits - are a covert type of malware which are designed to hide the existence of processes or programs from usual methods of detection and enable continued privileged access to a computer. Rootkits are the most difficult type of invasive software to detect and almost impossible to remove as they dig into the root of a hard drive. They are usually designed to steal passwords and other identifying information.

Scareware - Software designed to make users think that their computer has become infected with malware in order to persuade them to purchase a fake application. Often the fake application that the user is tricked into purchasing is actually another malicious program which can disable real antivirus software and cause other damage and compromise security on the user's machine.

Shoulder surfing - As in the name this involves observation techniques, such as looking over someone's shoulder, to obtain information such as login details, PIN numbers etc.

Spoofing - To hoax, trick, or deceive. Spoofing can take many forms on the Internet, like faking the email address or website.

Spear phishing - Similar to phishing, but more targeted. It often involves sending an email that appears to come from a legitimate source, such as a bank, a company's internal IT department, an internal employee, or a business partner. While phishing uses mass email, spear phishing targets a very small number of recipients. The email sender information may be spoofed so the email appears to originate from a trusted source. Messages typically request username and password details or provide a links to a website where visitors can enter personal information, or have an attachment containing a virus, Trojan, or spyware.

Trojan (Trojan horse) - Malicious programs disguised as legitimate software. Users are typically tricked into loading and executing it on their systems. One key factor that distinguishes a Trojan from viruses and worms is that Trojans don't replicate.

Virus - A file capable of attaching to disks or other files and replicating itself repeatedly, typically without knowledge or permission. Some viruses attach to files so that when an infected file executes the virus does as well. Other viruses sit in a computer's memory and infect files as the computer opens, modifies, or creates the files. Some viruses display symptoms, and others damage files and computer systems, but neither is essential in the definition of a virus.

Whaling - is a type of scam in which phishers find the name and email address of a company's top partner, executive or team of them and craft an email specific to those persons and role within the company. The emails usually attempt to lure people to click a link that will take them to a website where malware is downloaded onto their machines to copy keystrokes or ferret out sensitive information or corporate secrets.

Worm - Is a type of virus that spreads by replicating itself on other drives, systems, or networks. A mass-mailing worm is one that requires a user's intervention to spread for example by opening an attachment or executing a downloaded file. Unlike viruses, worms do not infect other files. Most of today's email viruses are worms. A self-propagating worm does not require user intervention to spread. 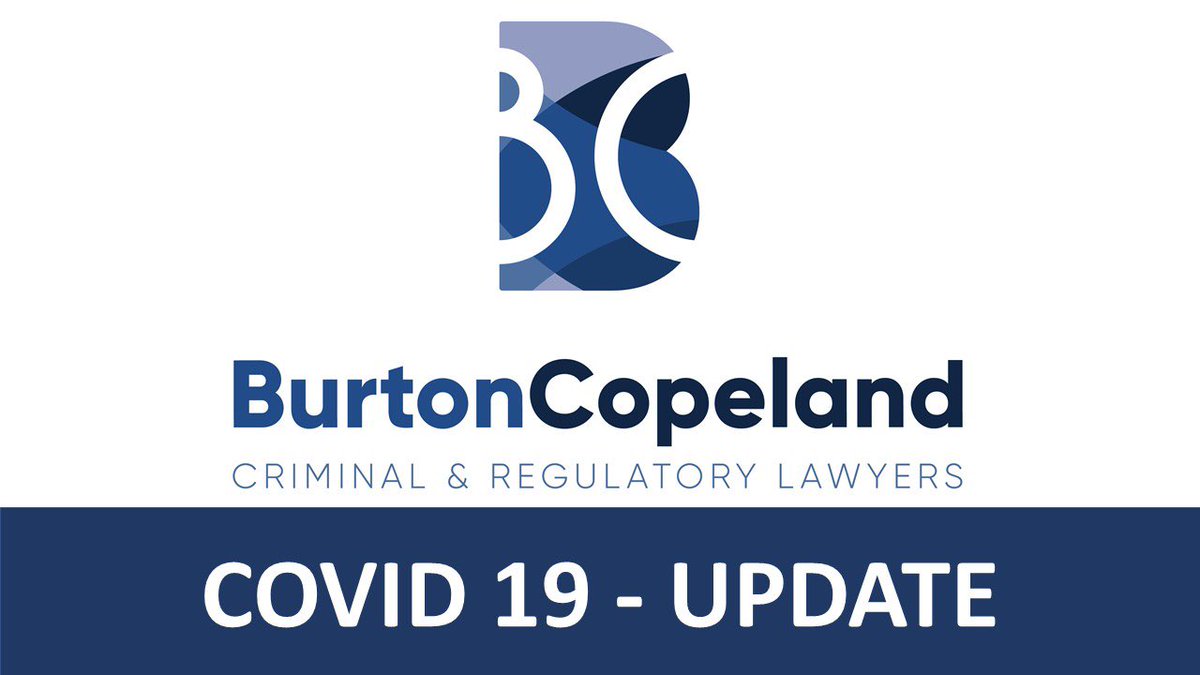